Published: about 1 month ago

I did not have this Picture when we announced the sad passing of Barty Quinlan, but Barry Hill found it.

This was the biggest day in the Club's history on the pitch. 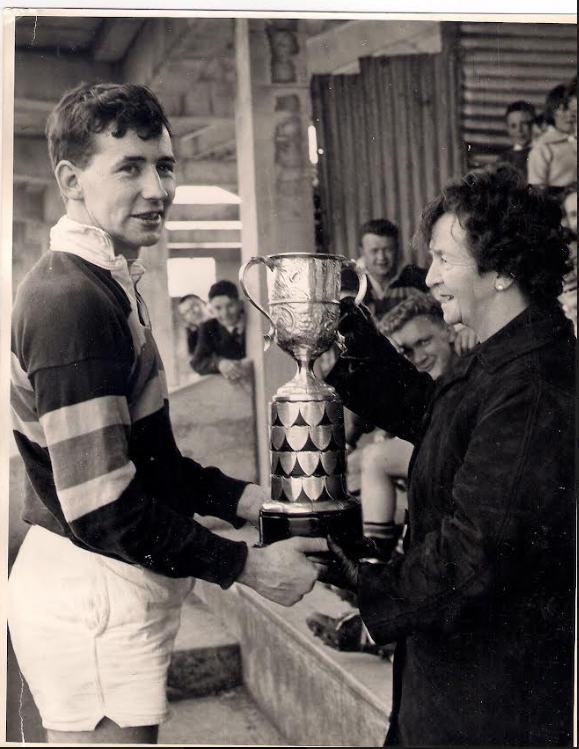 Barty Quinlan, Captain of Old Christians RFC, receives the Munster Junior Cup from the wife of the President of the Munster Branch on the 27th April 1965 at Musgrave Park. You can just see Johnny Flavin smiling in the background.