J1 team go under to Skibb 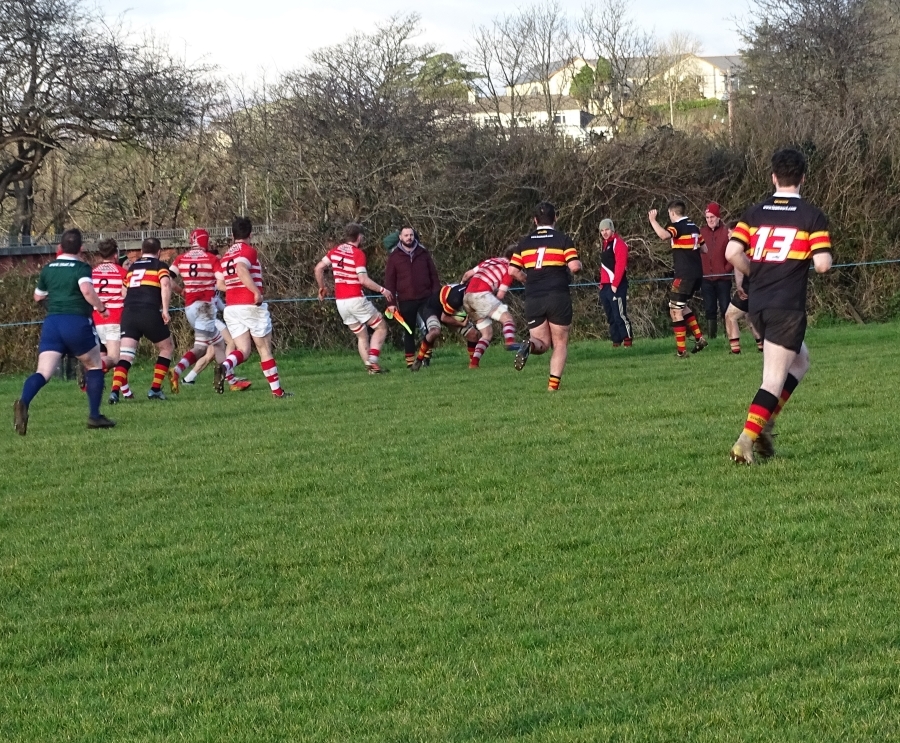 A cold wind blew down the hill in Skibb today and we had first use of the elements, something I never liked.

You need to get off to a flying start, when conditions tend to make it a game of two halves.

We had to start without Laz, so we fielded a very callow backline.

A disasterous start, saw the home side go ahead within four minutes, to take a 7 point lead.

It took us ten minutes to get on the scoreboard. A fine 50/20 kick from Ryan O'Connell, led to a driving maul and Ryan Butt got over for an unconverted try.

Within five minutes, we were ahead when Ryan got over for an unconverted try to make it a 10 points to 7 scoreline. Just before the half hour mark, the Skibb scrum half broke from a ruck on our 22 to gallop over unntouched.

A Conor Dolan penalty five minutes before the break, meant we turned to face the elements trailing by 13 points to 14.

The West Cork side, aided by the wind and hill, dominated the first twenty odd minutes of the second half, but heroic defence kept them out.

Then in our first attack of the second half, we broke through and fine work from Conor Dolan, among others, paved the way for Craig O'Connell to score. Conor added the points and we were 20 points to 14 ahead.

Skibb came back again and a converted try saw them push ahead by 20 points to 21.

We seemed to get on the wrong side of the ref in this game and with time almost up and us pushing for a winning score, we were pinged once again and Skibb went to the corner, before mauling over. Luckily, the missed the conversion and we came away with a losing bonus point.

There was a lot to admire in our second half defensive display, but the game was probably lost by some poor decision making especially in our rare second half attacks. 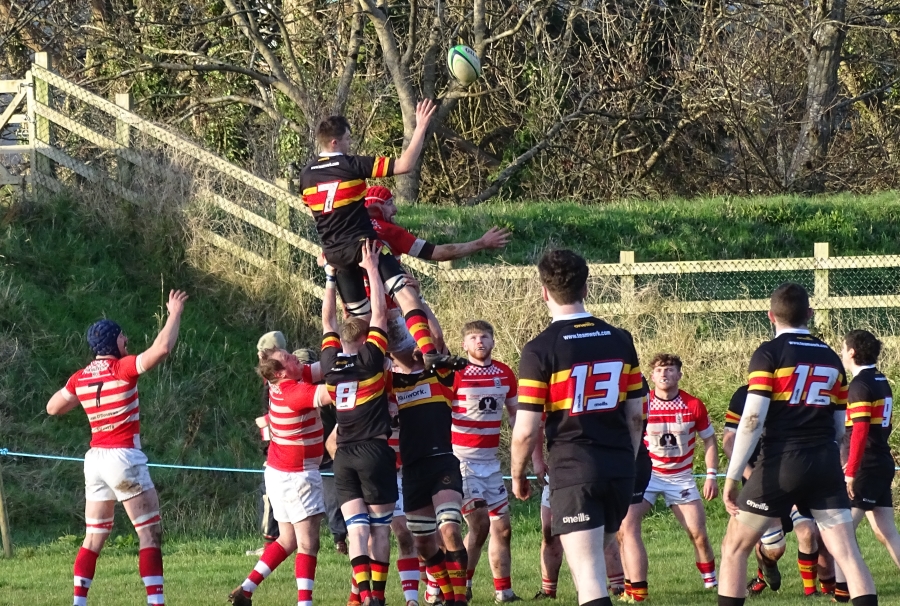 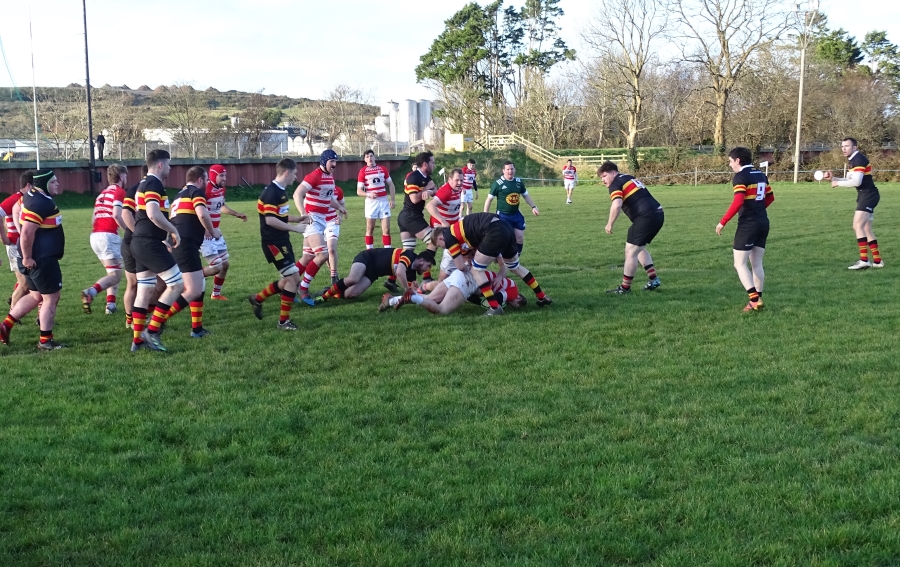 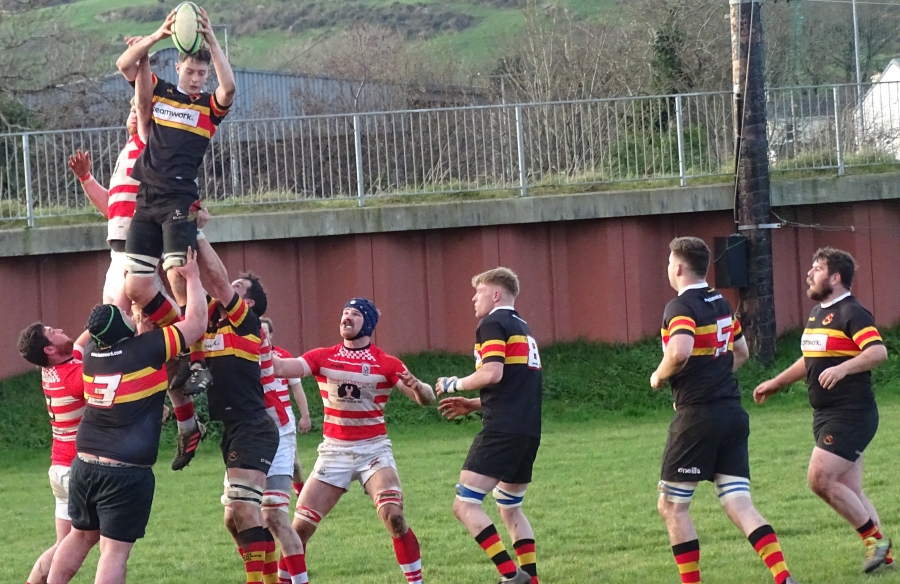 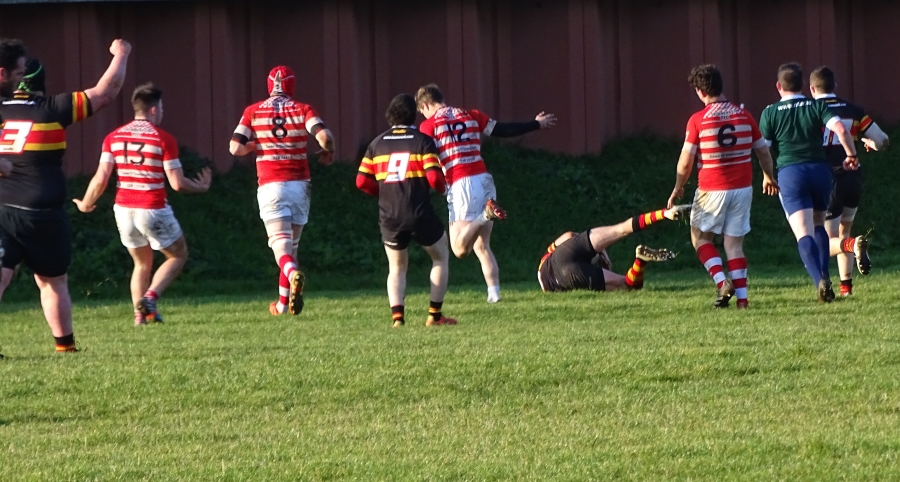 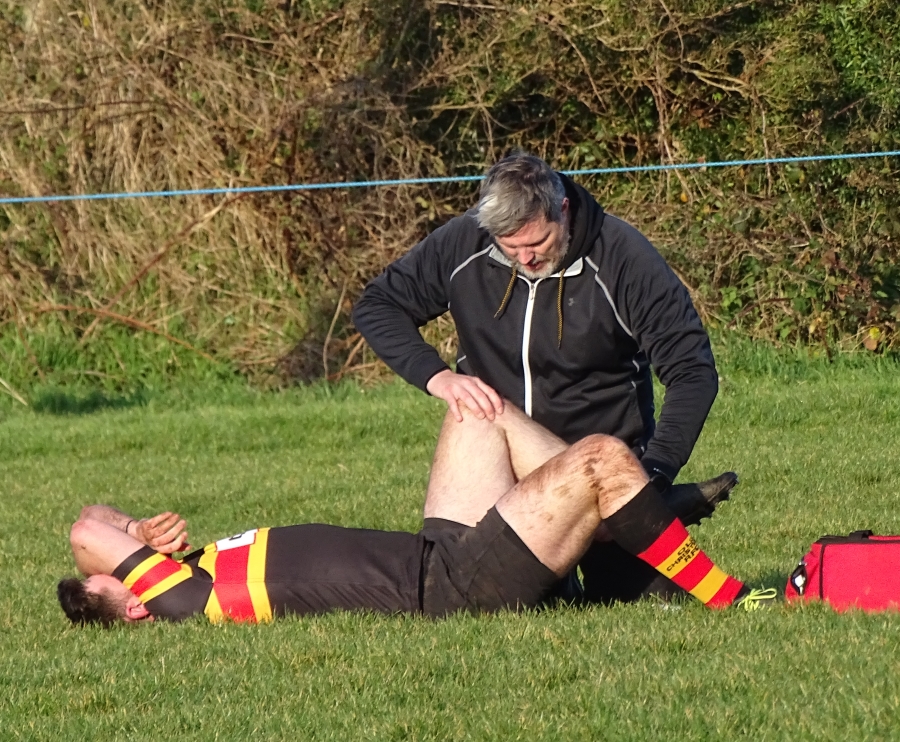 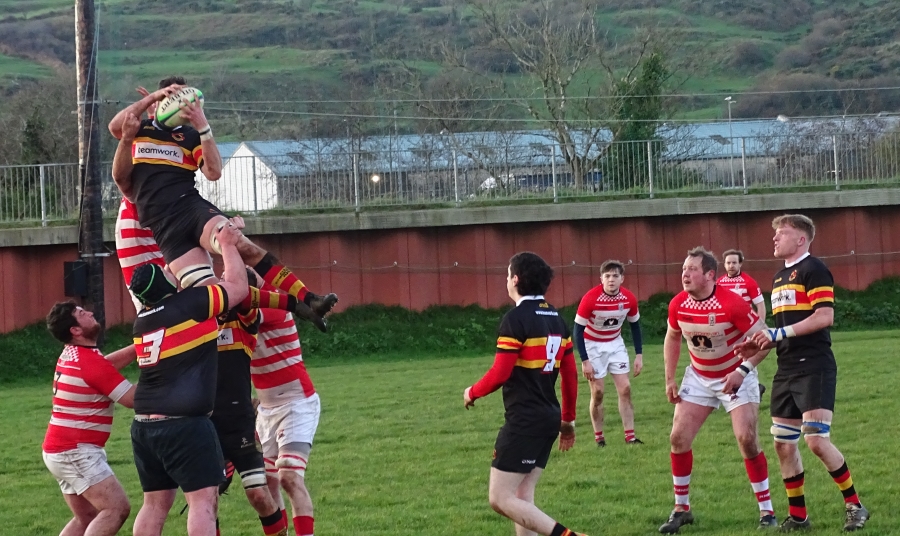 Does Smitty ever have a bad game? 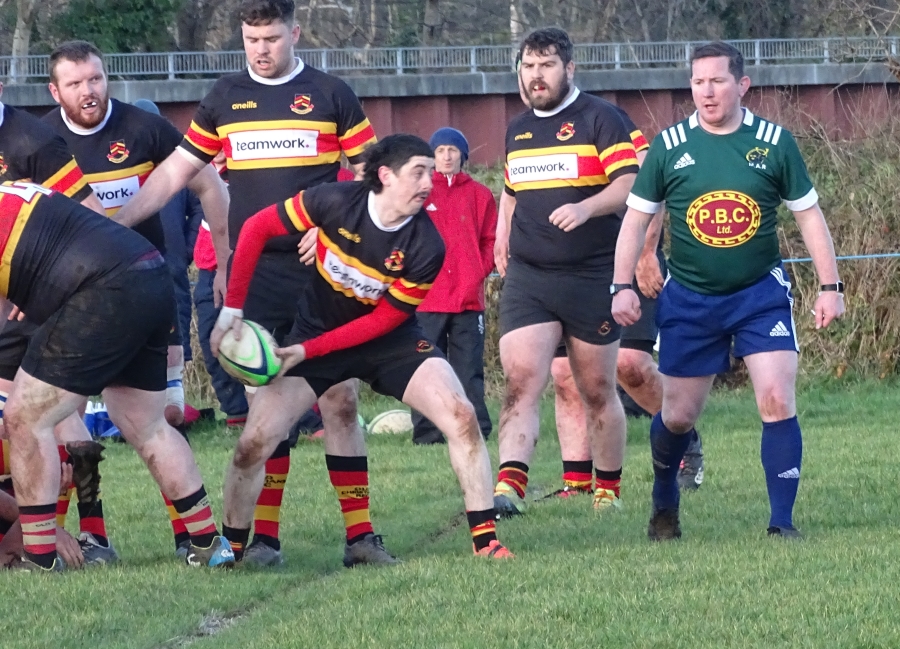 John gets the ball away, Nibbler looks as if he has nodded off. 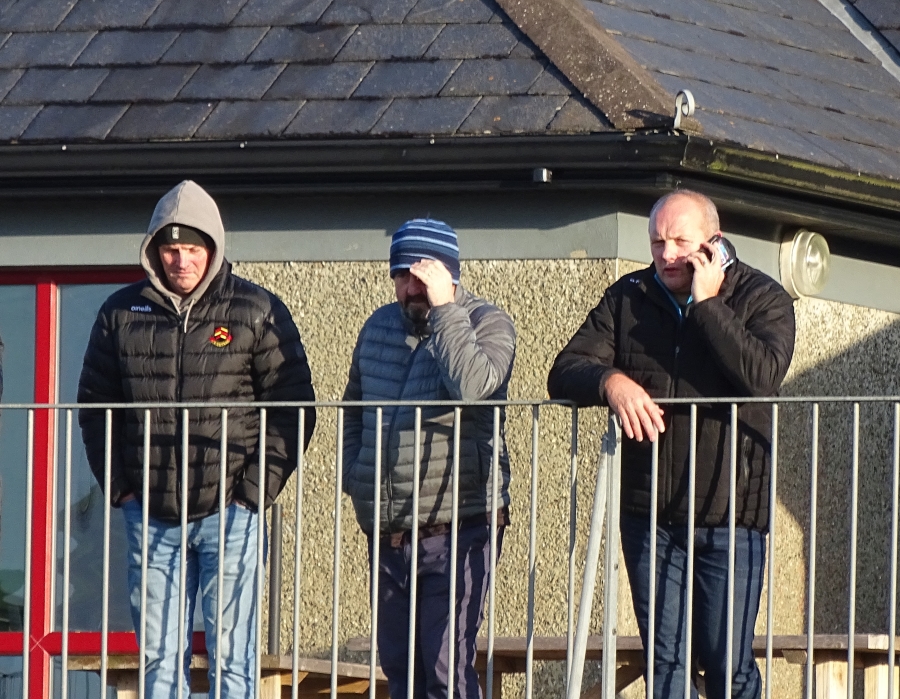 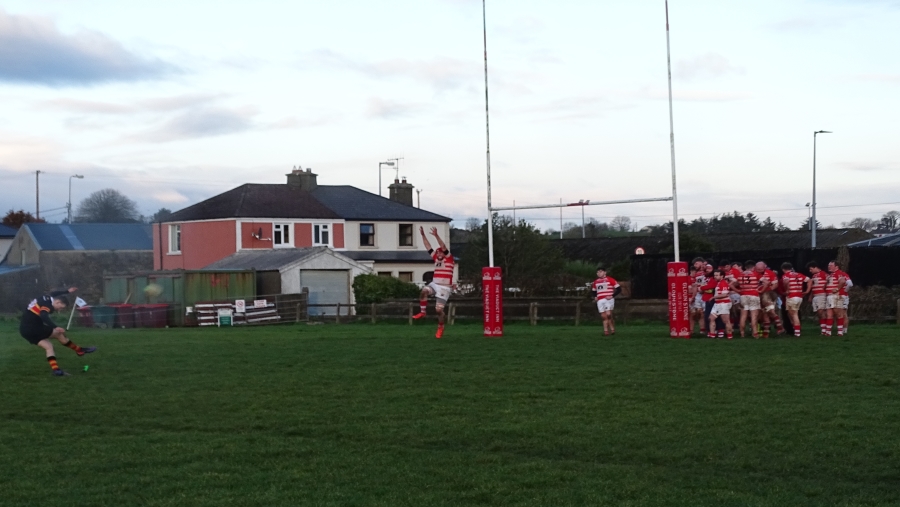 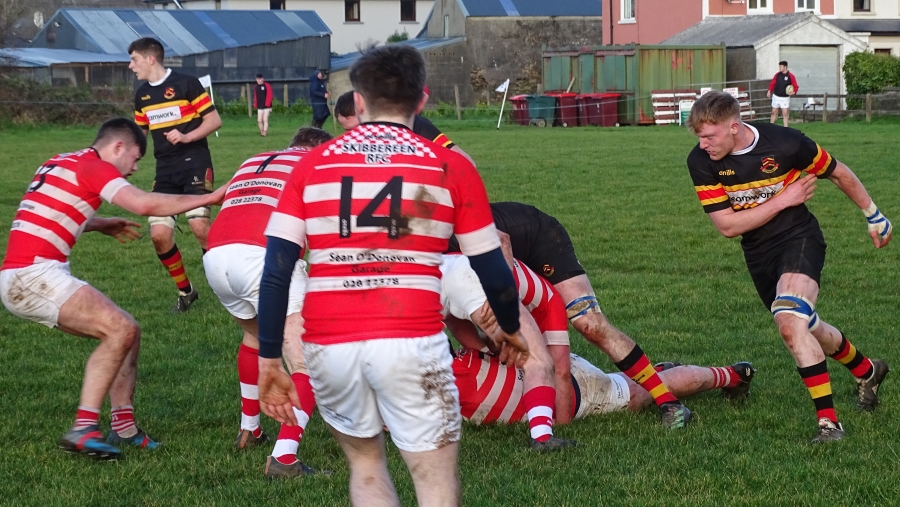 Arriving at the ruck. 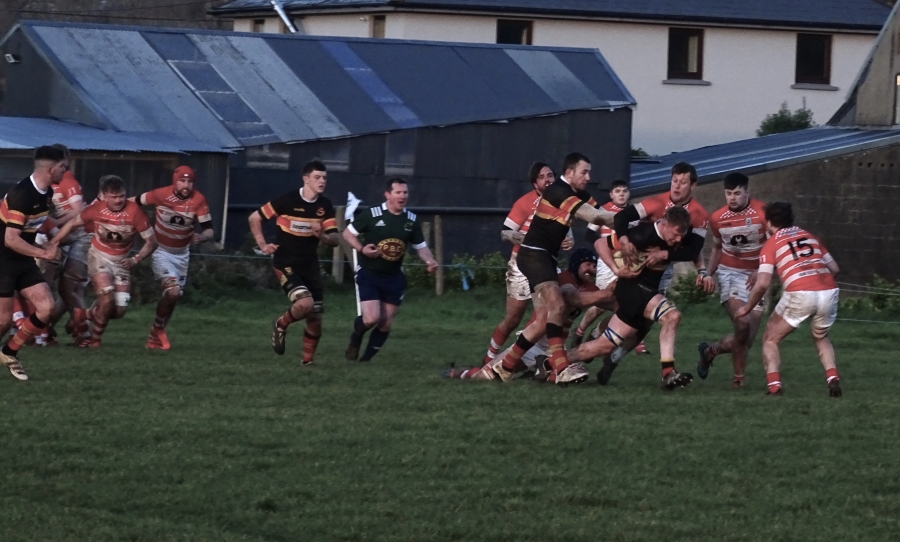 This should have been the game winning moment, an 8 break from a scrum to just short of the line, but we conceded a penalty and the chance was lost. 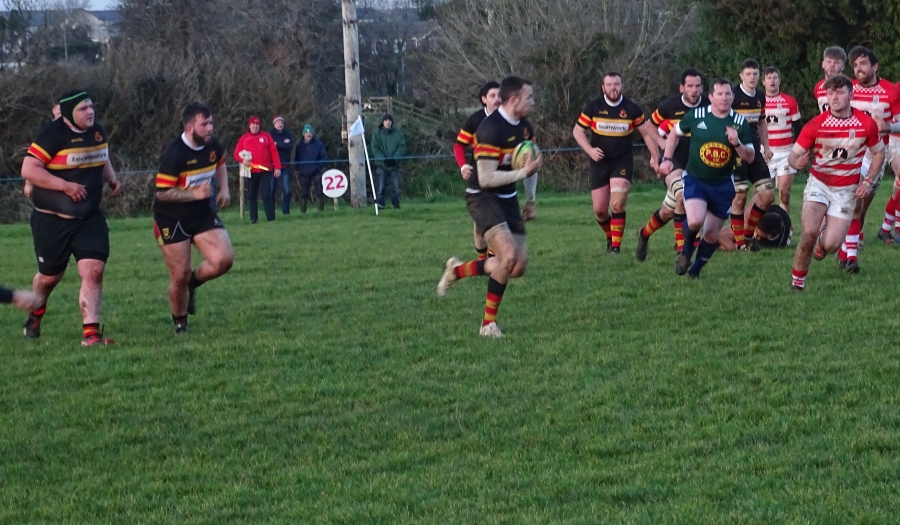